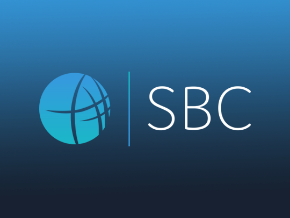 Currently within society it seems that when sex abuse happens within the church, the victim(s) are silenced! There are places like  The Wartburg Watch and GRACE that have been created to help, but just telling someone to leave a church is NOT helping nor standing with the victim. The body of Christ, those who claim to be christians, those who claim to have started organizations to help victims – need to start helping these victims! Not just saying they will help but also standing with them after they courageously leave the abusive church and are left with no church family or body of Christ to turn to!

In 2012 another sex abuse scandal took place at Scottsdale Bible Church. A young woman had just joined the worship team when an older male choir member (in his sixties) who was a leader within the church, a Deacon and a well established member of SBC – sexually abused her while attending a SBC choir trip in California. The sex abuse act was legally defined by California law as sexual battery.

When she got an OOP against this church member/leader, which removed him from attending church. Church leaders, including Senior Pastor Jamie Rasmussen did nothing to protect her, instead she was punished for getting an OOP against this abusive member/leader and was permanently removed from serving in any capacity within the church moving forward!

So as much as it might seem great that SBC has now hired GRACE to investigate this recent matter. For appearance sake it might appear that they care about the victims and doing the right thing, but that has not been the case in the past! In fact the sex abuse that occurred in 2012, was covered up and hidden by SBC Pastoral staff and they not only silenced her, but even pushed her out of the church, ex-communicating her in a way.  Even though Pastor Jamie Rasmussen recently spoke out against the abuse regarding Les Hughey, in A Letter From Pastor Jamie. SBC is only taking that action because this sex abuse scandal is now in the news and due to media attention the story, scandal is receiving, they are taking a stand only to save face! Because in the past, the steps that were taken with this victim in 2012 were orders that came from Pastor Jamie Rasmussen. He had silenced this previous victim who came forward about sex abuse within the church! The damage that victim has endured because of this sex abuse is on the SBC church staff and Pastor Jamie Rasmussen who all sinned along with the sex abuser by covering it up, by protecting the abuser, by shaming the victim, and by re-victimizing, marginalizing, and silencing the victim! Because of that Jamie Rasmussen should step down from his position as Pastor of Scottsdale Bible Church because of his hand in this past sex abuse scandal cover up!

Going forward there is nothing SBC or Pastor Jamie Rasmussen could ever do with this new sex abuse scandal that could redeem the abuse of power and the sins they have committed by covering up past sex abuse while continuing to expose more women to the dangers of this church member/leader ! The sex abuse from 2012 has been kept a secret by SBC and Pastor Jamie Rasmussen, until now!

Victims of “Me Too” or “Church Too” need support from christians, from organizations like GRACE and The Wartburg Watch, more so than the churches asking for their help to investigate a matter – when really its the churches and their staff who need to be investigated! In this case SBC and Pastoral staff (including Pastor Jamie Rasmussen) should be investigated for the sex abuse they were aware of, did nothing about – except cover it up, for exposing more women to the perpetrator of this 2012 sex abuse, and for re-victimizing and silencing the victim they should have always protected!

Shame on SBC and Pastor Jamie Rasmussen. Maybe the “S” in SBC should really stand for Scandal or in regards to the victims from 2012 – SBC = Sexual Battery Compound, not Scottsdale Bible Church as they do not deserve to be called a Church!